Information to help parents support their teenagers in planning for Leavers

Leavers is an exciting time for graduating students, marking the transiting from high school to adulthood. However, research has found Leavers’ is associated with the consumption of excessive amounts of alcohol, which can result in alcohol-related harms for many1.

It is important to support your teenager in planning their Leavers celebrations to help avoid some of the potential harms that could occur. Year 12s start talking and planning their celebrations well in advance, so it’s best you get involved in the conversation early.

Before your child attends Leavers, you can prepare yourself by becoming informed about:

See the WA Leavers Celebrations Alcohol and Other Drugs Community Kit for a summary of tips for parents, or see below for more in depth information.

Some parents believe supplying alcohol to young people will control the amount they drink at Leavers. Western Australian research suggests this is not the case.

A study of Western Australian students celebrating at a popular Leavers destination in 2009 found that teenagers who were supplied alcohol by their parents for the celebrations were more likely to drink at risky levels2. Of the Leavers who said their parents provided them with alcohol at the celebrations:

Even if your teenager is 18 years old, many leavers’ are under the age of 18 years. Agencies and volunteers work hard to ensure leavers’ have a fun and safe experience without the need for alcohol. As such, all official Leavers activities are alcohol-free.

Talk to your teenager about their plans for Leavers early

If your teenager is attending Leavers celebrations, make sure you know the following key information:

Encourage your teenager to work out a budget for their Leavers celebrations so they feel they are taking ownership and responsibility of their end of year celebrations. This budget should include factoring in accommodation fees, daily living costs including food and transport and emergency money.

For more information about the laws related to alcohol and young people, see here.

Share your expectations about alcohol and other drug use

As a parent, it is important to talk with your teenager openly about alcohol and other drugs, and the best time to do it is before it happens.

Your teenager will get expectations of what Leavers will be like from school mates and other friends. For some, Leavers celebrations may be the first time they experience alcohol or other drug use, so equipping your teenager with accurate information about the effects and risks of alcohol and other drugs will help them make informed choices.

Talking to your child about alcohol does not mean you are condoning drinking alcohol. Explain that you want them to have fun and enjoy themselves, but you would like to make sure that they are going to be safe.

When talking to your teenager about alcohol and other drugs, it is useful to be open and calm. Listen to the views of your teenager and make it clear they can talk to you if and when they have any questions or concerns.

Discuss your expectations about alcohol and other drug use and the reasons why.

For example, you might discuss the short-term effects of alcohol use, such as intoxication, aggression and violence, and the risks, including unwanted or risky sexual behaviour and reduced ability to make good decisions, which can lead to risk-taking, injury and hospitalisation. Parents imposing strict rules related to their teenagers alcohol use are strongly associated with less drinking and fewer alcohol-related risky behaviours5.

Illicit drugs can also be associated with Leavers celebrations, so it’s important to have a conversation about the risks associated with drug use. You may like to talk to you teenager about:

Following the discussion with your teenager about alcohol and other drugs, you could negotiate an agreement with them about not drinking or taking drugs at Leavers, and discuss with them the consequences of breaking that agreement.

It’s important to remind your teenager that it’s okay to say no to things they don’t want to do. For example, of school students aged 12 to 17 years, approximately four in five have never used an illicit drug, and almost two in five have never drunk alcohol6.

To help your teenager make positive choices and be better equipped to say no if they encounter a situation where alcohol and other drugs are being used or offered, you can suggest some responses they can use to refuse alcohol or other drugs. Some responses could include:

“I can’t tonight, I’m on medication”.

“No thanks, I’ll stay sober and keep an eye on out to make sure you’re safe”.

“I don’t want what happened to me/my friend to happen again”.

“I made a pact with my parents that I wouldn’t”.

“If my parent’s find out, I’ll be in big trouble”.

People are usually less concerned about what it is people are drinking, rather than that they are drinking. You can suggest alternatives your teenager can put in their drink instead of alcohol, like soft drink, sparkling water or juice. This might also help to reduce any feelings of awkwardness for your teenager if they choose not to drink amongst a group of friends.

It’s also very important your teenager understands issues relating to consent and safe sex. Remind your teenager they always have the right to say no, and they cannot pressure others into sexual activity. Alcohol use leads to poor decision making skills, and these types of decisions are not ones that should be made when under the influence of alcohol or other drugs. Ask your teenager to think about their boundaries before Leavers, and how they intend to protect themselves. For more information on this topic, click here.

It is recommended an agreement be made with your teenager about maintaining regular communication during Leavers week. A routine call or text each day is a good way to allow you to check in to make sure your teenager is safe, well and enjoying themselves.

Importantly, you should reassure your teenager that they can contact you at any time if they have a problem or need to come home.

It is also important teenagers know where to seek help if needed.

Police, paramedics and first aid officers and other support services are available during Leavers week. They are there to help, protect and keep our teenagers safe, and not get them in trouble.

Ambulances are free in the South West during Leavers week for those participating in official WA Leavers celebrations. Police will not be called by paramedics unless they feel there is a risk to their personal safety or there is a death.

If your teenager intends to use alcohol or other drugs, it’s important they are aware of some strategies they can use to help keep them safe. These include:

If your teenager suspects themselves or a friend is unwell from alcohol or other drugs, stress to them the importance of seeking help immediately and not leaving their friends alone.

In the South West Region during Leavers week, Ambulances are free for those participating in official WA Leavers activities.

The official WA Leavers website also provides a range of information available for parents, including information on free parent information sessions to help parents assist their teenager to have a safer Leavers experience. 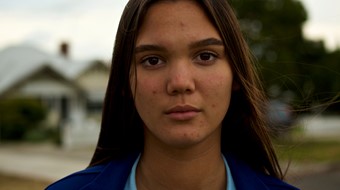