Parents, Young People and Alcohol 'I need you to say no'

Two out of three parents say 'no' and, it's helping to prevent alcohol-related harm.

The Alcohol.Think Again ‘I need you to say no’ (Young People) campaign is a collaborative initiative between the Mental Health Commission (MHC) and Alcohol Programs Team, Public Health Advocacy Institute of WA. The campaign is part funded by Healthway.

The Young People campaign is informed by the National Health and Medical Research Council (NHMRC) guidelines that ‘for young people under 18-years-of-age, not drinking alcohol is the safest option’ and sees an emphasis placed on supply control.

The Young People aims to reinforce that most parents don’t provide alcohol to their children; and given teenagers vulnerabilities to the effects of alcohol and associations with adverse adult outcomes, it’s best for teenagers to delay alcohol use until at least 18 years-of-age.

This campaign launched in November 2018 and will run until late 2020.

Primary: Parents of young people 12 to 17 years-of-age in Western Australia.

No one should give alcohol to under 18s.

An independent social research agency was engaged to conduct a mid-campaign evaluation following its first year in market. The evaluation was conducted in October 2019 and comprised a total of 410 respondents across WA.

A summary of the mid-campaign evaluation results are below:

For more findings from the mid-year evaluation, click here.

Resources can be ordered electronically and free-of-charge using this order form. 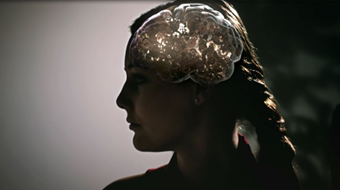